Colour and Markings: Steel grey with a blaze and four stockings

Magic was supposed to be the horse of my dreams. Flashy, spirited, sensitive, and ridiculously talented, he’s a smart, willing horse with a very big heart. He’s one of the most generous horses I know and will try his best every time, no matter how frightened he gets. He is the most anxious horse I ever handled, and yet still one of the most courageous. He is also a gigantic wuss.

Magic raced as Gadsfly, but wasn’t much good and was retired from racing when he was just three years old and promptly snapped up by his previous owner as a jumping prospect. I helped to train him, including putting him over his first few crosses, and I’d never ridden anything like him. His jump blew my mind: massive, powerful, screaming potential and dripping with grace. When health reasons made his owner switch to Western, she offered him to me. I couldn’t possibly say no and bought him after a three-month lease period.

He came home to me in the autumn of 2013 and changed my life. I had big dreams for him, but God’s dreams were bigger. His jumping career was brief and ignominious, with two graded shows on his record; one with two wins, and another with two RF’s. He ruined my nerve, but he also changed my soul. He is my mirror and he was the key that the Lord used to unlock the door I’d kept closed so tightly against who I am. Seeing Magic face his demons helped me to understand – and to beat – my own. For that reason, when it became evident that he’d never be a jumper and he didn’t want to be a riding horse either, I turned him out to a pasture prepared to feed him for the next 20 years.

Magic has a habit of colicking melodramatically once every two years or so and specializes in eating treats, drooling on people and costing me money. He’s cute, quirky, super loving and still not completely clear on what species he is. I love him to bits. Curious and friendly, he loves people and has a goofy streak a mile wide. He’s impossibly photogenic and has a really annoying tendency to chew stuff. 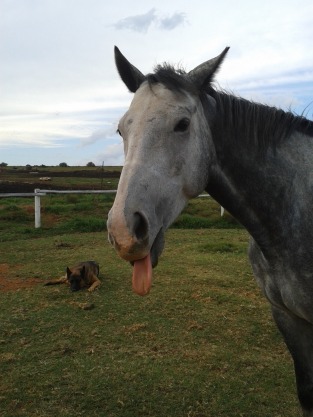 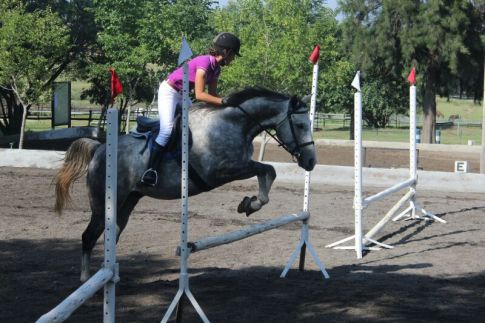 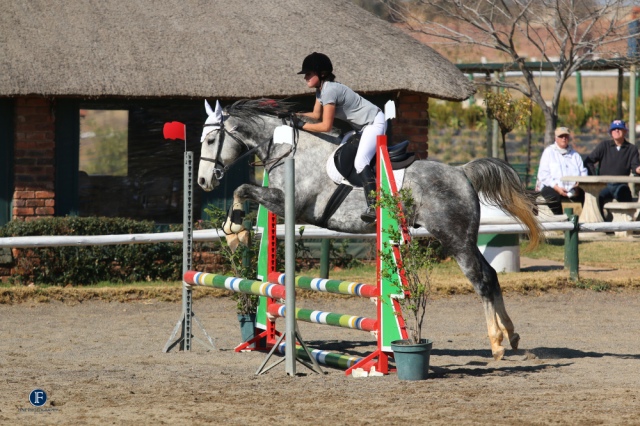