Yesterday was a lovely young horse show at Penbritte (my favourite venue in the world), and since I have nothing but good memories of the young horse classes I used to do years ago on the illustrious Nell, it was the perfect opportunity to take the babies.

Gatsby has been on a little trip to my own yard, but never off the farm before that, so I was ready to do some slow breathing and apply some Velcro to my butt.

However, I need not have worried. He was perfect to travel and arrived looky, but calm. Once I got on he was a little up and he did have to stare at every single horse that went past on the noisy gravel path (his home yard is a lot quieter than mine), but in 20 minutes or so he had come right down and was relaxed and listening. 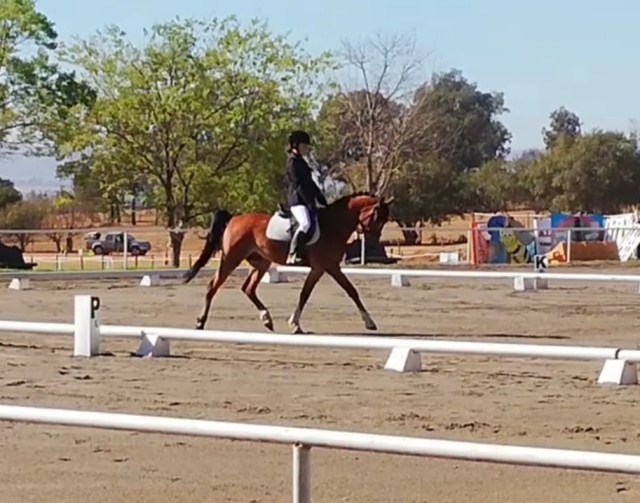 Water was being noisily pumped into a tank right by the judge’s box when I went up to introduce him, and it was very spooky – to be fair I would have been concerned riding Thunder up to it. But Gatsby was fantastic. He was looking, but he didn’t run back or jump, just stopped to have a look. Dad came over (thanks to the very kind judge, who was supremely patient) and just walked ahead of him up and down a few times and that was that.

I could not have asked for better during his test. He did break to walk at C to look at the water tank again, but just for a few steps. If I had flapped and kicked at him then he would have kept trotting but I elected to let him have a look and it paid off because he didn’t look again for the rest of the test, and of course it was a young horse test so that didn’t hurt us at all. He was responsive, calm and obedient and even stretched down in both walk and trot. I didn’t quite get the rein back like I wanted it, but everything else was fine. 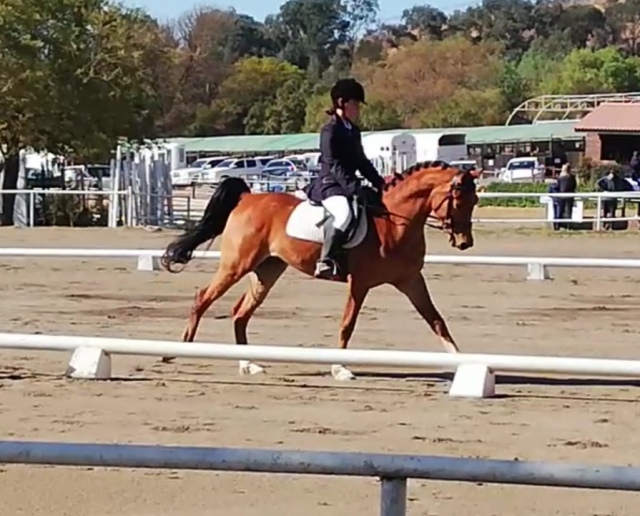 I was pleasantly surprised at his mark of 65% because he may be a 5yo but he really isn’t strong enough to do this test that well, plus, I was extremely conservative and didn’t ask him for too much. If I could ride it again I’d still be conservative, though. I’d rather we had a quiet round and both of us felt more confident afterward than that I kicked him and chased him into gaits he can’t balance yet. 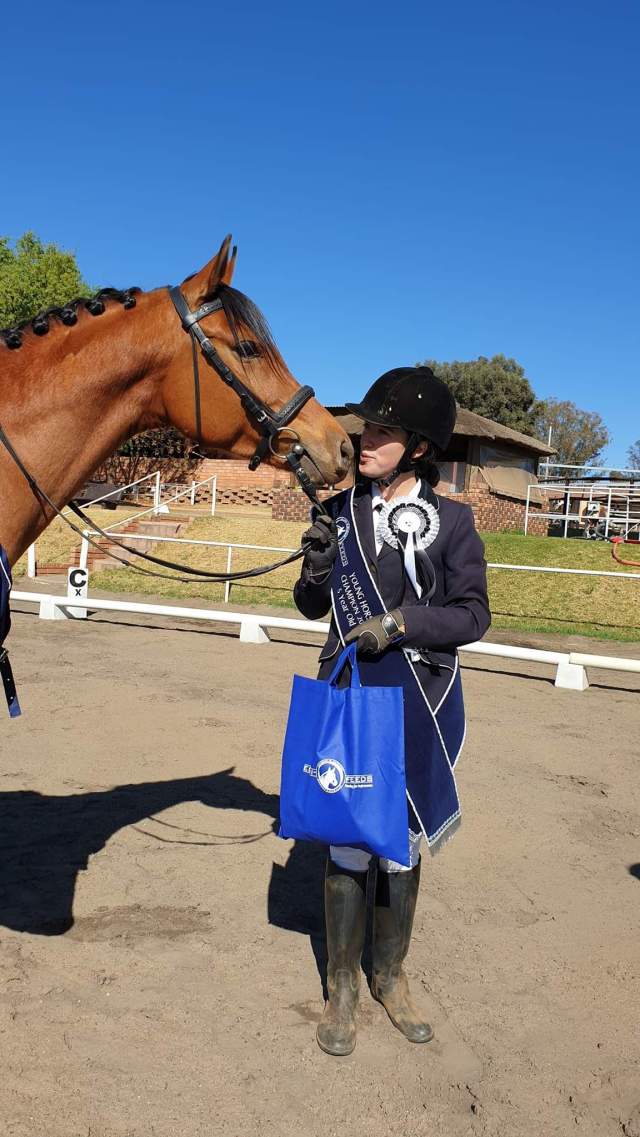 Nonetheless we got lots and lots of awesome prizes by dint of a tiny class and really brilliant sponsorship from Equi-Feeds. Old Skye is on Equi-Feeds Golden Years this winter and has done much better than previous winters even though she’s almost 31, so do go and check their website. I’ve also fed their lucerne chaff and shandy cubes and the chaff has always been beaufiful and clean. 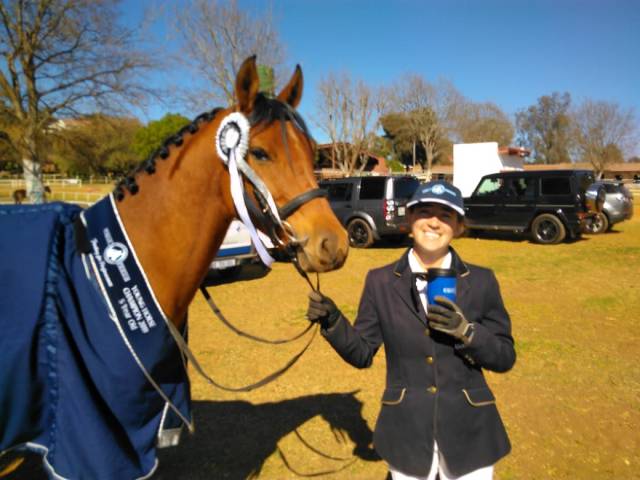 There was just enough time to stuff Tilly’s hair into plaits before we went to warm up. Tilly is an absolute professional by this point. She was a little bit hot when we started warming up but settled right down, didn’t even look at the water tank, and plonked down centreline totally relaxed. 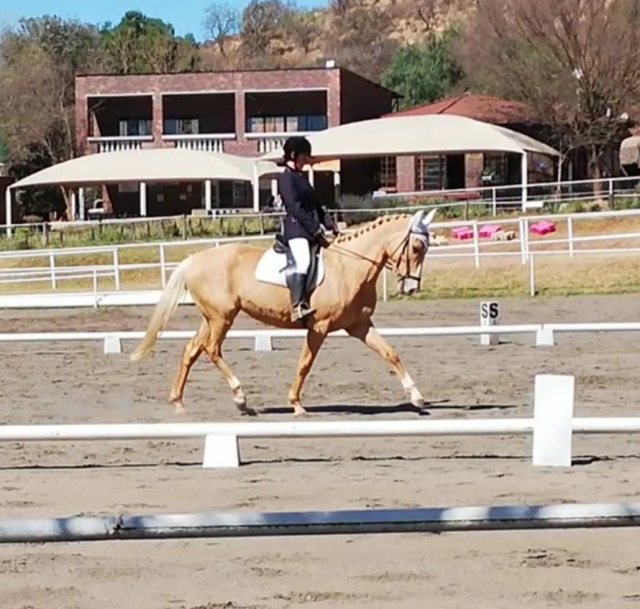 After watching the other two horses in the class, I’ll be honest, I was pretty sure she’d be coming home with a day sheet. I was surprised when she came third. I was riding quietly but not quite so conservatively as on Gatsby, and the other two horses were not as through, supple, obedient, rhythmic and connected as Tilly is. The judge, however, was looking for more power and forward movement, so that’s fair. I was test riding too much and not showing off her potential enough for this judge, but she still had a mark of 66% and behaved absolutely impeccably all day, so it was still a super show. And we won unicorn cookies!

I would not have changed my ride on Gatsby, but I’ll be riding bigger lengthenings on Tilly this week to see if she can balance them. However in light of J showing me not to chase the horse onto the forehand demanding more forward, I’m still more inclined to build the strength slowly and not ask for more power than the horse can comfortably contain.

It was another well organized show at Penbritte and with wonderful sponsorship. My two horses could not have been better and their owners can be extremely proud of them!