Two lessons in a single week again? What sorcery is this? 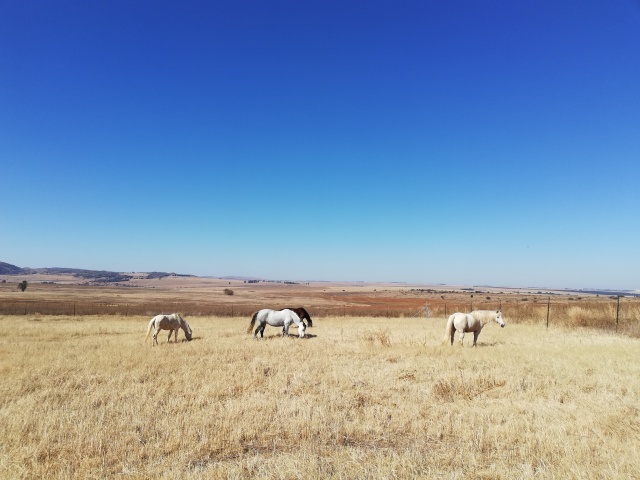 No sorcery here – just too many blessings even to count. After spending a magical week with the darling at the fire base where he works, I was admittedly reluctant to come back to our home, but I know it won’t be long before he’s with me again too. And until he does get back, I know just how to keep myself occupied.

Lancelot and I were going to do an express eventing show this coming weekend, but I ended up not having space in the box. This turned out not to be a bad thing, because – with the best of intentions of keeping him from getting sweaty and miserable in his increased work – I clipped the little guy. (He behaved impeccably; he was fast asleep by the end, although he did pull away when I started tidying up around his head, so I left that for next year’s conversation).

All fine and well; he slept in the field bundled up in a blanky. Unfortunately the winter elected that specific night for the coldest of the year, and evidently I hadn’t blanketed him thickly enough, because he got cold and was then really sore and stiff in his hind end. Sound again now, but he was not very happy. Of course, I put him straight into a nice warm stable.

I did have a lesson booked with K, though, so instead of skipping it we took the dragon out on xc for the first time in years. In fact, I haven’t even been on the dragon for months, but her kid has been riding her so I just borrowed her back for a few hours.

Of course, she was picture perfect. I had a lot of little glitches to fix in the warmup – which was a bit sad, but you know, kids – and she refused the first couple of jumps. Once she did jump them, though, a little switch flicked in her head. She realized that it was me on her back and that full dragon mode was absolutely allowed. So full dragon mode we went.

She jumped really great, her typical wild self, once she realized that I wasn’t going to let her stop. In fact, by the time we jumped a course at the end, she was actually running away and bucking quite a lot lol. I had forgotten how hot the fire in her belly burns. I am absolutely going to be stealing her back more frequently from now on!

I don’t think anyone will ever beat my dragon, just the way no one ever beat old Skye. She’s in a league of her own. Right now, the plan is for her to compete with a kid for two more years and then to breed a foal from her. She is from a rare breed that could really benefit from her bloodline, plus I think I really need a half-Friesian half-dragon to be my next young horse.

Speaking of half-Friesians, this one had a lesson booked with J for this morning – 6:30 this morning, to be precise. That meant that at 4:30 I was getting him ready to box. He was not amused with being woken at that kind of an hour.

Nevertheless, he obliged, although when we got to J’s farm we were both still somewhat bleary-eyed. Still, we missed all the traffic, so that was a win. Despite having agreed to this madness, J was NOT amused at all with having to stand in the cold arena at that time of morning (it was 4°C when we arrived) and called me a name I won’t share on the blog.

It was absolutely worth it, though, to go out onto the freshly raked river sand. And when the sun just rose and painted everything in pale gold, it was magic.

After bemoaning my terrible choice of entering Novice at the last show, J proceeded to put us through basically all of the Elementary movements to prove that we can. 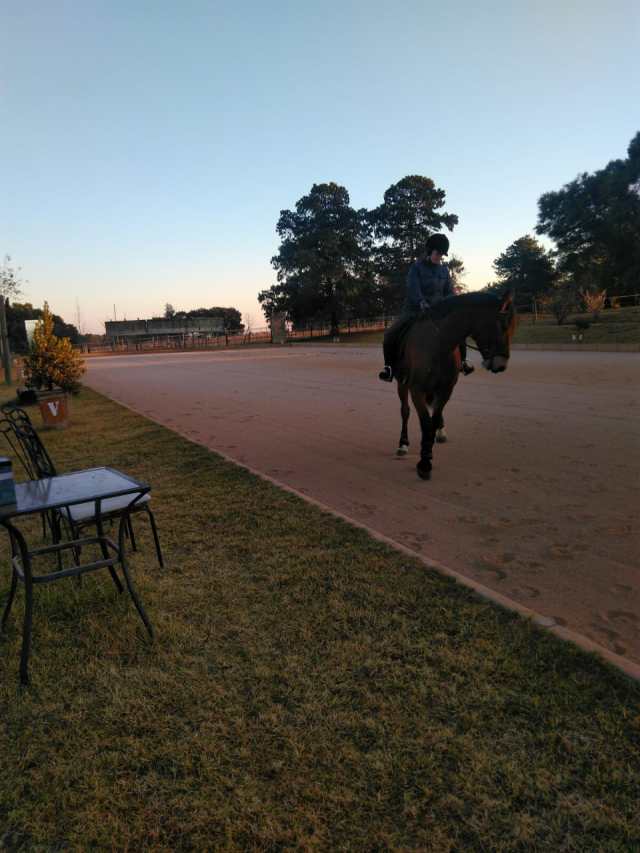 And actually it was all fine. Canter left needs a lot more impulsion, but the changes were fine, and J even said “good” once or twice so that’s a plus. Thunder was also SUPREMELY well behaved throughout – he was relaxed, focused, and just a real pleasure to work with. He did spook at a few things but that only made J laugh at us.

Just when my abs (and his butt) were dying, though, J made us go to sitting trot and do all of the lateral things. Of course, I was in trouble for not using my outside rein enough (a running theme). I have been given strict instructions to do nothing but endless renvers until I finally fix it. 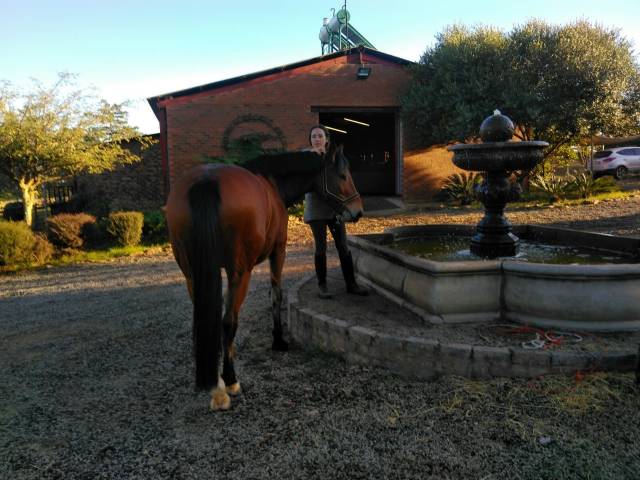 J also said I could bring two horsies next time so if baby Arab’s buttocks are less tender in two weeks’ time, he’ll go too. 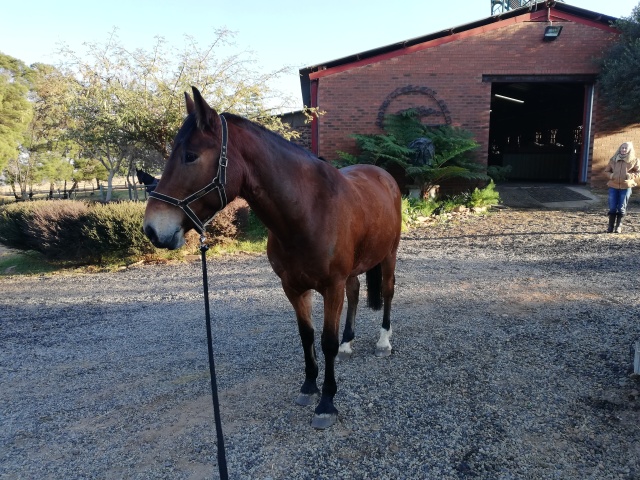 Honestly, I’m totally blown away by the place I’m in right now. I really, really, really miss darling, but I know he has to go work so that we can save for our wedding together. Horse-wise, though, it’s just incredible. I can’t believe the horse, the support network, the instruction, just all of it. It feels straight from a fairytale. It feels amazing.

It feels like a love letter signed by the King. And I’ll read it over and over, until the corners curl up and the very ink fades, until there is no more use for letters, until I see His face.

Till then, we will be dancing.