By the end of last week, it was beginning to feel like things were starting to come together with Thunny and I. And by that I mean that the spastic chicken had finally developed the ability to let go of its inside rein.

So we headed off to our next lesson with optimism, which was rewarded when Coach J only made us do the turn on the forehand exercise like three times and moved on to other work – still on the same theme. 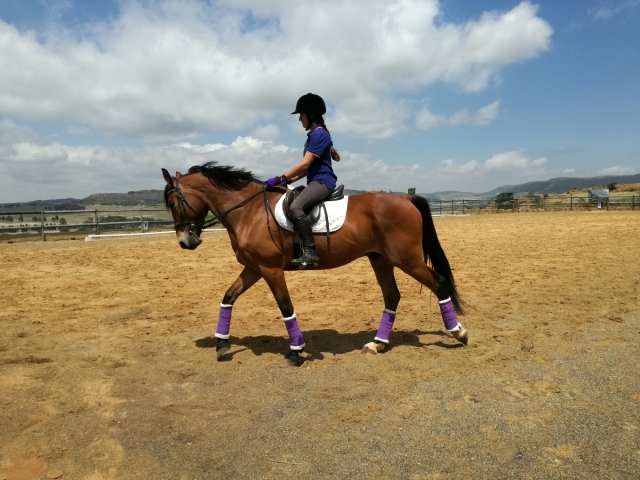 Straightness and connection and bend. We did alternately long stretches of trotting large, pushing for something like a medium trot (pls Coach J we can barely do lengthenings), focusing on having Thunder really forward off my leg and into my hand. “Use his bum to push his head down, not your hands to pull his head down,” intoned the oracle. 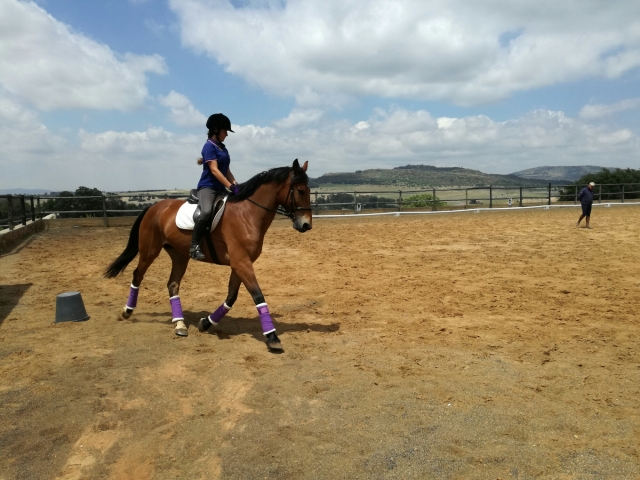 To do this I also had to give my inside bend fetish a rest and straighten him considerably, even on the corners, allowing both hind legs to push evenly forward into my hands. I struggled with this because all I really got from him in trot and canter was to run onto his forehand. In walk we got something much nicer, a massive active walk that I could feel over his back.

Then we’d move on to long stretches of shoulder-in going large. And I had my doubts because shoulder-in hadn’t really been on our radar – shoulder-fore had been a big ask for preparation for walk-canter – but what do you know? I popped on inside leg and outside hand and we had something like shoulder-in. 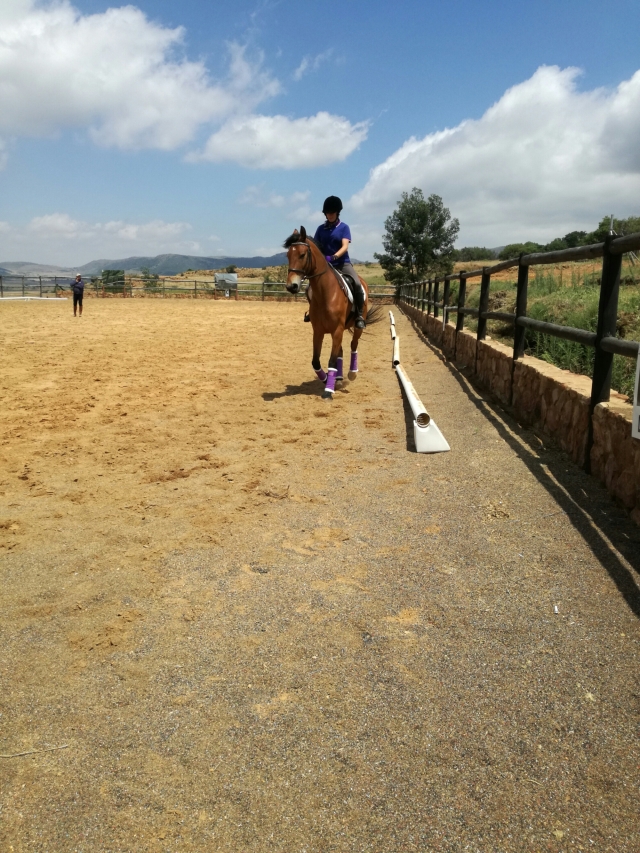 It wasn’t terribly good shoulder-in, though. I generally was too quick to reward Thunny for running out through his shoulder instead of being straight and stepping across, mostly because I have no idea what a proper shoulder-in feels like. More outside rein (always more outside rein) mitigated this, but we both began to degenerate into a bit of a mess about it, so Coach J ordered me off and got on the steed himself.

Nobody has ever trained Thunny other than me, so I’ve never really seen him being ridden in a true connection in real life. It took me a few seconds to get over how majestic he is and start to listen to Coach J. Who magically got my horse to shoulder-in. By the end of it he was doing shoulder-in in a long and low frame with a floppy inside rein. 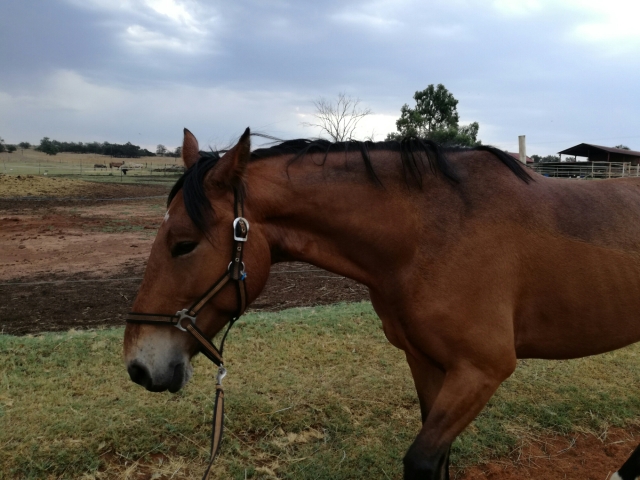 I got on again then, but he was quite tired so we just did a couple more and then called it a day. It did feel better, though, and having seen it, I had a better idea of what it’s supposed to be.

On Tuesday our session was a bit of a mess. Thunder seemed to have forgotten everything he’d learned about connection and retained only the ability to run onto his forehand. We tried to do some stretchy trot but all he did was run. Then I tried to do some lateral work to re-engage his brain, starting with a little leg-yield, and the whole mood changed when I touched him with my inside leg and he gave me the best leg-yield I’ve ever ridden on any horse, ever. 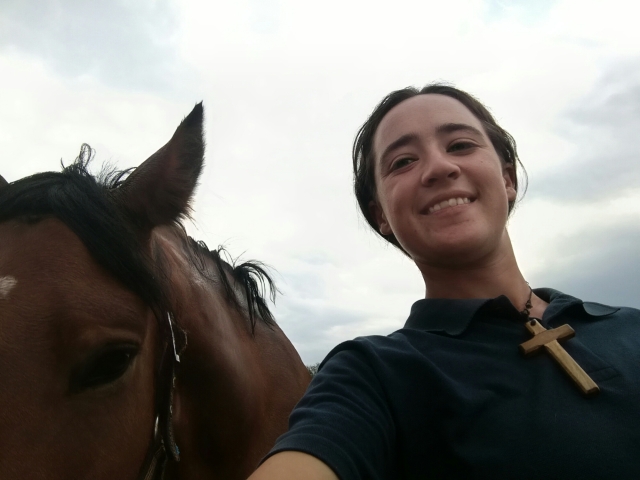 After that we did leg-yield all over the place until I was happy as a bird and, thus, he was happy as a bird. Apparently inside leg to outside rein fixes everything. His shoulder-in was better then, too, although he was still quite hollow.

Every session since has been better. He does want to run forward in stretchy trot, but the trot itself is better, with much more stretching over his back. We just have to address the break in rhythm. His shoulder-in in walk has been long and low and relaxed, too. In trot I still lose the shoulder now and then, which makes me go tense in my lower back and then makes him hollow. So the connection hasn’t been good at all, but the straightness has improved. 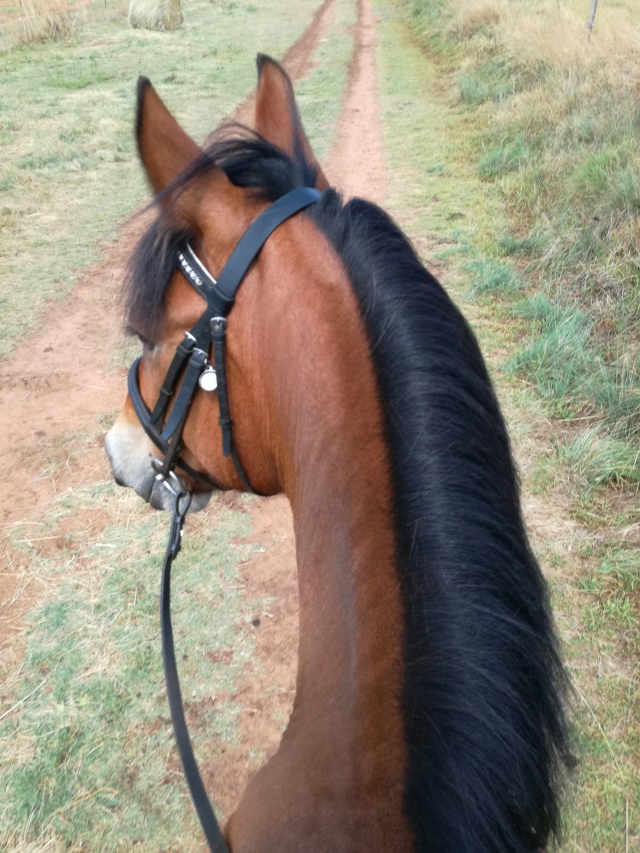 The thing I can’t get down at all is that lengthened/medium trot. He either doesn’t lengthen much and falls on his forehand or just runs forward. I have never been able to ride a good lengthening unless the horse had a naturally big and flashy trot (I’m looking at you, Nell), so that’s a me thing, I think.

It’s so reassuring to know that I don’t have to have a meltdown over something I can’t get right, because now by God’s provision, we have Coach J to help us. 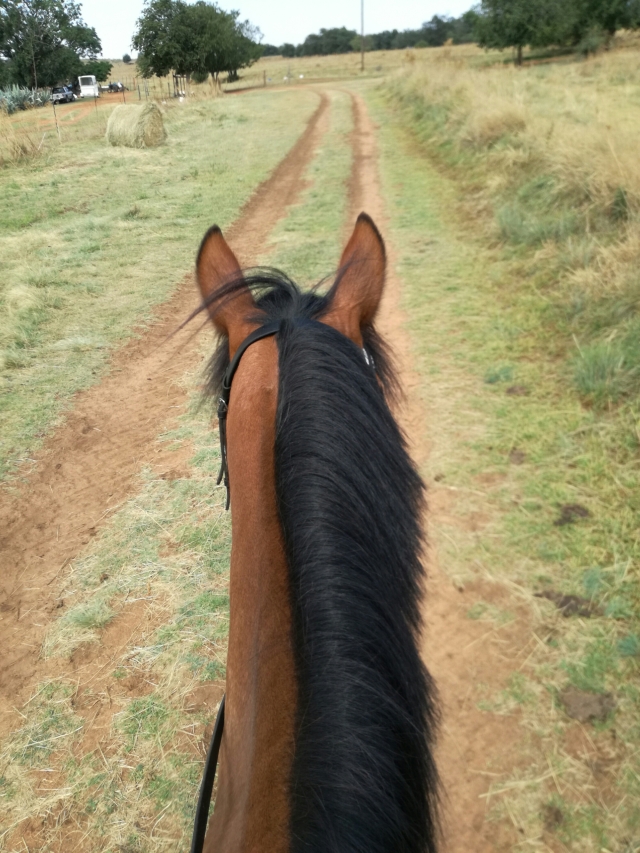