On Sunday morning we trundled off to Kyalami in convoy: the four-berth and two two-berths, all full except the second two-berth. Because with the business growing like it has, that’s how we roll. God is good!

The seven horses arrived at Riba, a smartly efficient and friendly yard right in the heart of deep Kyalami horse country, safely and having travelled well – even Savanna, who was involved in a boxing accident years ago. We had managed to book some stables and hurriedly tossed the ponies in there before heading up for our first classes.

Sunè and her kid were having their first away show off the lead. She was nappy in the warmup (including jumping out of the side… not entirely sure the kid was not in on this plot) but once they hit the show ring they were both absolutely on their game. As you can see, I was in the arena for both rounds for moral support, but all I did was shout “Slowly!” at intervals. He remembered the tracks perfectly and Sunè was her wonderful little self. They did up to 40cm, which is already good enough for SANESA Level 0. I wouldn’t push him for more if he doesn’t want to so I’m pretty happy with it.

Savanna was next. She’d been amazing to box and handle and showed no separation anxiety, which is already a huge win, so I was optimistic. Once I was on she did get a bit spooky. Nothing violent, but your standard TB move of running backwards and threatening to rear. We handled that and made it into the warm up, where she was looky but fine and completely happy to jump all the jumps – even the oxer.

In the show ring for the 40 it started with some more backwards running and panicking; I talked her over 1 and 2, and 3 had a wavy plank in it and she politely declined. A kind coach came over and led her over that, and then she seemed to settle and plopped around the rest without turning a hair.

In the 50 she had settled very well and trotted around it easily, albeit having a big look at the wavy plank and carelessly taking a pole, but I’ll take it.

It was all just standard baby horse stuff and I’m expecting huge improvement by the next one. The main thing is that she loaded and travelled well, didn’t get separation anxious, handled the new environment, and was willing to try. The rest will come with experience. 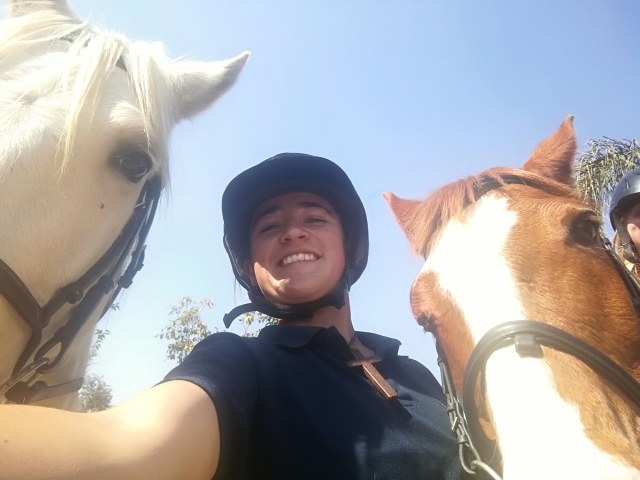 Midas and VT’s kid N were in the 50 and 60, as well as Liana and her kid. Both ponies jumped super clear rounds. Liana also had a fat look at the wavy plank but her kid gave her a big kick and they made it. They didn’t place in the 60, but that was because I gave the kid strict instructions to keep it slow and quiet, and she followed them to the letter. This kid was falling off at 50 only a few months ago – I’m intensely impressed. 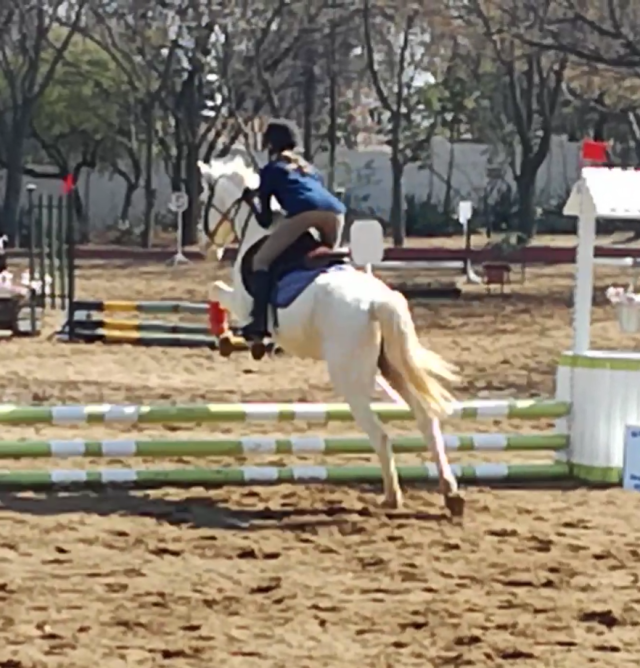 Midas absolutely jumped out of his socks. He got right to work and never looked at a thing; in the jump-off he took the little turns and stretched out until he was doing horse strides with those little legs. His technique continues to improve and he’s just such a brave, uncomplicated and trustworthy chap – at four years old, and ridden exclusively by kids. Just top class and I really mean it. In the 60 he ended up fifth in a fairly big class, causing problems for N because…

… Vastrap won it. Nothing could stop this little professional and they absolutely nailed it. In the 70 they came third despite poor N having tight costume changes riding two horses with one saddle. She handled it great. The makings of a top rider here, too.

Lancey also jumped the 60 and the 70 and he nailed my goal (which didn’t make it to the blog, oops): no stops. In fact, he jumped all his rounds clear. He behaved impeccably all day, except when I tried to cut this turn in the jump-off and we almost jumped this random jump and he mercifully stopped and I almost fell on it and then we got it together and finished the round. Obviously he wasn’t very quick so we didn’t place, but now he’s all ready for Z-kid and I’m happy as a bird.

This wonderful object was his wonderful Jamaican self, garnishing compliments on his spottiness and sweetness. I was so so tired when I got on him for the 70 and didn’t really get it together, so he climbed over the fences and almost stopped at the wavy pole and I just sat there flapping my stick because my legs didn’t want to kick anymore. Poor chap still managed to jump clear, though.

I had a breather (and food) before the 80 and this managed to restore my riding ability back to normal. We tackled this, a speed class, with something resembling speed for the first time ever. I never chased him, but I did ask for his “big” rhythm (the biggest I’m happy with, which admittedly is not very big) and we made tight turns and the horse was just fantastic. I made decisions and actually rode and he just rose to the occasion. There were VERY spooky fillers but he marched over them all. We got sixth too, which was quite nice.

Maybe next time we’ll try a 90. Either way, God is amazing and I love my spotty friend.