Last qualifier of the year, and we found ourselves having a weekend full of exceptional performances from our faithful steeds.

St. Vastrap was his reliable self, despite putting in a cheeky stop during a practice last week – most unlike him. He and his kid blasted around the speed for a third place, then had an unlucky pole in the competition for seventh. They’re going to finals!
This little team has everything they need to go to Nationals, but VT’s kid will need to up her game in terms of focus in the arena itself and riding the plan we work out. All part of growing as a very hard-working and promising little athlete, riding a pony in a million. 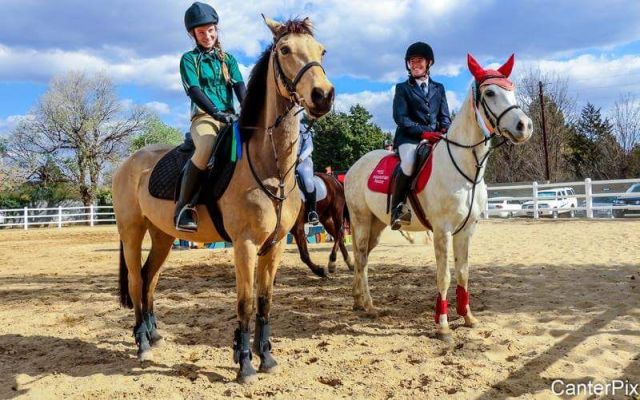 Zorro and Z-kid had a wonderful qualifier, thanks to huge personal growth and super riding from Z-kid, which has resulted in Zorro going better than he ever has. They had a silly pole in the competition, but came back strong for fourth in the speed, then jumped a lovely clear for second in the working hunter. They’ll also be headed for finals in working hunter if I have it right.

Liana and her kid had by far their best show yet, even if that didn’t earn them any ribbons. Ana was the quietest she’s been and kiddo rode very well. Pony overjumped an oxer in their first jumping class, sending kiddo onto her neck, but they recovered well, just getting penalties for circling. A mature decision from the rider, as it was the only way to negotiate the next fence safely. They were clear in the ideal time, but – get this – too slow for a place. Up till recently, Ana didn’t know slow was a thing.

Continuing on the quiet and well-behaved theme for the day, Liana was wonderful in the prix caprilli and kiddo rode so accurately, getting 67.72% and third place.

K and Thunny were busy winning their equitation test when the GPS malfunctioned and they jumped the same fence twice in fine style. A bummer for K, but she handled it with enormous grace. They upped their dressage score, too, getting 59.16 and 62.5 despite all the monsters beside the arena. I think we finally have the leads mastered.

Lullaby and the tiny tot rode in the midst of great chaos – I was riding dressage as their course opened for walking. Usually I’d have K walk with her, but tiny tot speaks no English and K speaks no Afrikaans, so yeah. I watched the kid before us and then dragged Lulu around in more or less the right direction, and tiny tot wasn’t worried (her poor parents were less blasè about it), so it added up to a positive experience but she was out of the ribbons. I think we could have done better, but I also think I can’t teleport. Such is SANESA. I would happily have skipped Midas’s test but I can’t let Lancey’s young owner down so there you have it.

Speaking of Midas pony, he wasn’t really on his game this weekend, but to be fair to him the errors we had in showjumping were mostly my fault. I feel sorry for him dragging my fatness over fences so I don’t really jump him myself at home, and I kept panicking and chasing him at distances he didn’t have to try and make. We had two poles in the speed and one in the ideal time, but he was dead honest. So we didn’t get our showjumping goals of going clear but I’m not worried. Pony is a bit bored at the height too, which isn’t always a bad thing.

Dressage was in the most appalling location – the arena appears to have been cut right out of a wood of young poplars, and the wind was howling, causing the whole thing to rustle and wave about most alarmingly. Midas never actually jumped but he was drifting, tense, and hollow in that corner. Having five minutes to warm up didn’t help either. Still, we had 65 and 67.5, so that’s not horrible. Maybe at finals I can finally warm the poor chap up for a change. 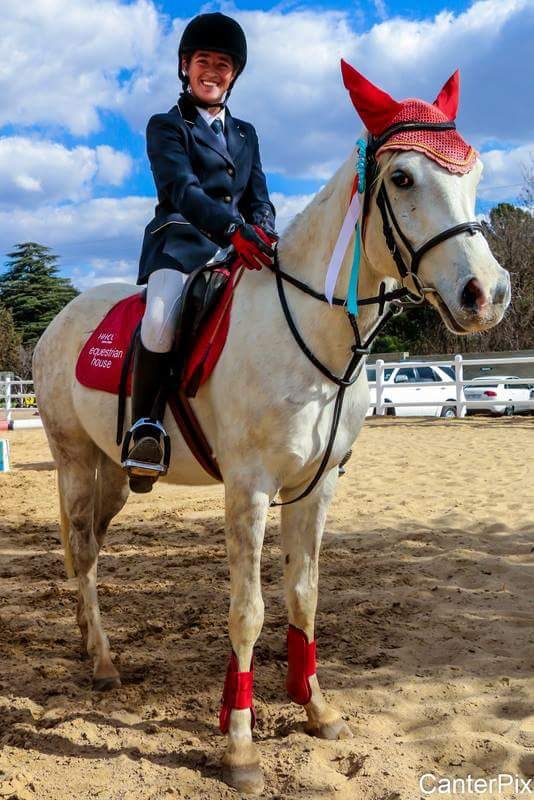 Not warming up at all worked brilliantly for Lancey, however. K saddled him up, led him to the show arena, and held him while I rode the test on Midas; Lancey’s warmup consisted of walking around to the judge. He greatly exceeded my expectations. I thought he’d be dreadful, what with the howling bush monsters and all, but he actually just had a little look as we walked around and then paid them no attention at all. He was so focused, probably because I hadn’t had time to cook his brain beforehand. He tied first with Midas in the second test with 65% and had 67.3% in the first one.

His jumping was improved albeit still rather erratic. He had a pole and a stop at the combination in the first class, once again, but this time I jumped the first element again and thus we finished with the eight penalties. The second class had the most dreadful fillers throughout and I quickly scratched my goal of getting no stops – everything was stopping. I’d be happy just to get him round. Sure enough he had one stop at number four, but to my amazement it was because of a wiggly approach and really had little to do with the fillers. He didn’t look at a single thing for the rest of the track. It was a huge lightbulb moment for him. “Oooh, all I have to do is jump the jumps!” Ya think, Lancey?

I was VERY impressed with the little chap. He tries so hard.

Last but not least, Jamaica in the 80cm. After the debacle we had last time, I wasn’t sure whether or not to expect an utter disaster. He felt forward in the warm up but that could have been my imagination. We did about four thousand canter-walk transitions after the jumps, then went in to the course with all the scary fillers, white-knuckled and white-faced. I nearly died when he had a big look at number one and all I could get my frozen limbs to do was feebly wave my stick, but he jumped. Then after that it was just perfect – from Jamaica, anyway.

I hung on his face and made him canter as if we were doing flatwork, adding strides with wild abandon, burying him to fence after fence and every single time he patiently tucked up his little black knees and popped over without any fuss. I don’t know how, but he didn’t even take a pole. No bucking, no running away, he just sweetly hauled my sorry behind around like the quiet old packer he actually really isn’t – a six-year-old remedial problem horse with a sketchy background.

Above all we ask or imagine, my God is faithful, my God is powerful, and my God – oh, you have no idea how my God is in charge!

Glory to the KING!

One thought on “SANESA Q4”