It’s been a long week.

But a productive one, with things heading towards normal and settled as new working student L settles admirably into her role and we get used to operations being moved to the dressage.

Lady Erin will be weaned in the beginning of April. She’ll be a bit young at five months, but poor Milady has been struggling ever since she got strangles when Lady E was only five days old, so her body really needs a chance to recovered. Plopsie (she doesn’t quite fit into her real name yet) will be OK, but I’ve started her on balancer just to help. She is delighted to finally get food like the big horsies.

Faith and I started to talk about hosepipes and being bathed. She likes to walk in circles, but hasn’t been pushy or freaked out. Her beautiful flowy mane has been washed and conditioned with minimal drama and I did get to hose her whole body today. 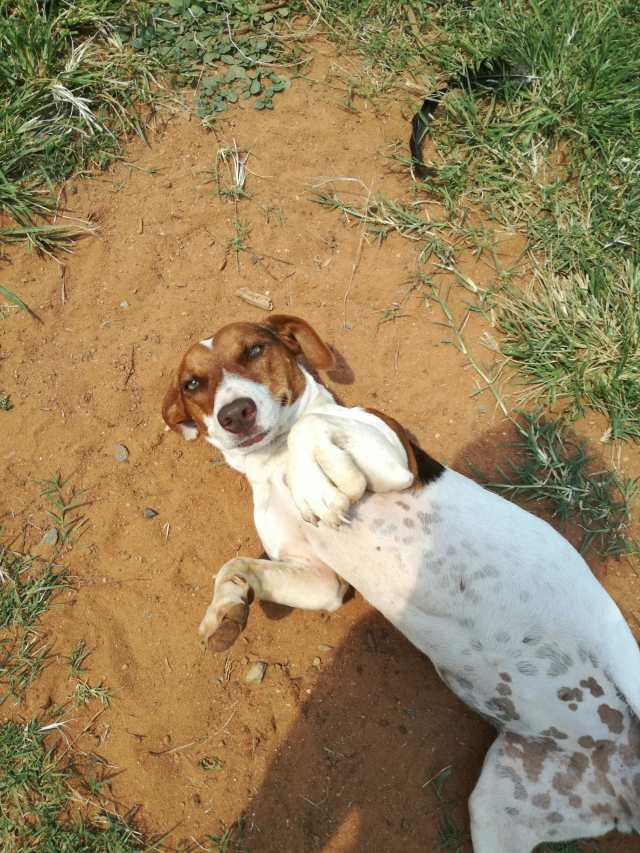 Mom’s dog has a funny foot but she keeps smilin’.

The little kid that had the very bad nerves has graduated to riding around the dressage arena, a huge step. The usually ever-patient Lulu did attempt to take a chunk out of me while I was having him trot on lead, which I take to be a cue to hurry up and get him posting already. 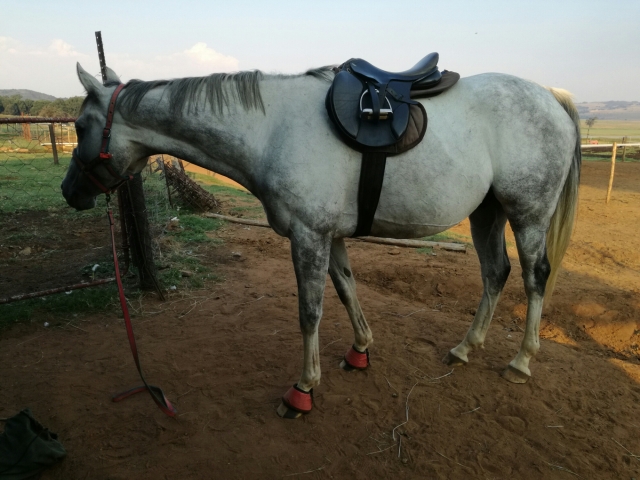 Magic still doesn’t tie up with any degree of predictability, but he ground ties every time. It’s adorable. He’s over his nerves about the dressage arena and we’ve had a blast this week fooling around with poles.

Eagle is lunging well in three gaits with a saddle and bridle, no drama. He is such a willing and sensitive chap. I can’t wait for his owner to visit this weekend.

Exavior ran me over while I was trying to lunge him on Monday, but he hasn’t reared under the Mutterer all week. I’m thoroughly enjoying the whole owner thing. I get to watch my gorgeous horse trot around majestically, and all I have to do is play with him in a relatively safe manner. 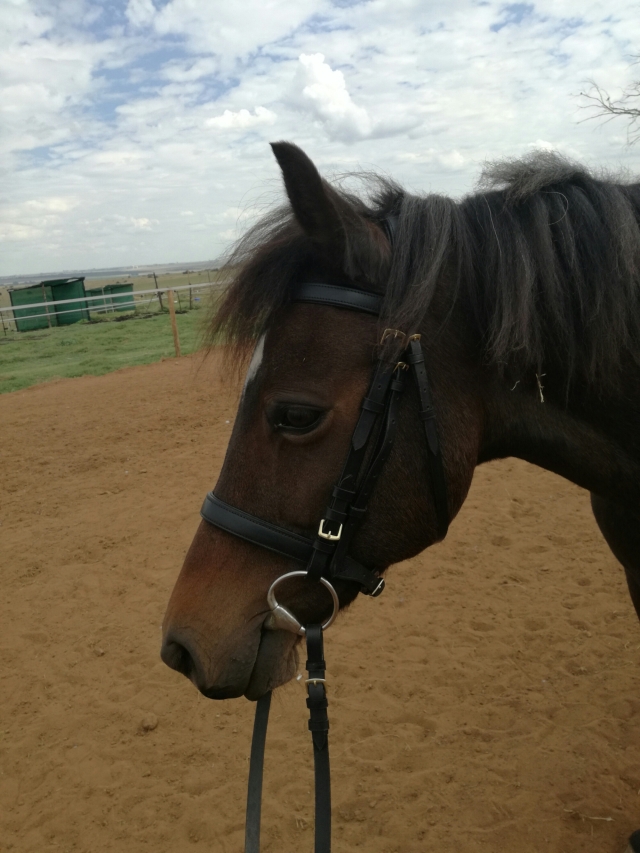 Lullaby models a new bridle. Her head is just too pretty.

Sunè and working student K have started giving beginner lessons. Both are doing really really great and have exciting futures ahead of them.

After working in the school for a year, Thunder has gotten bored out of his skull and started spooking just for something to do. With his half lease gone, I’ve sort of taken him back for a bit. He’s actually such a dream to ride and has become so strong over the past year that I’m really enjoying him. Maybe we’ll have some dressage shows to go to. 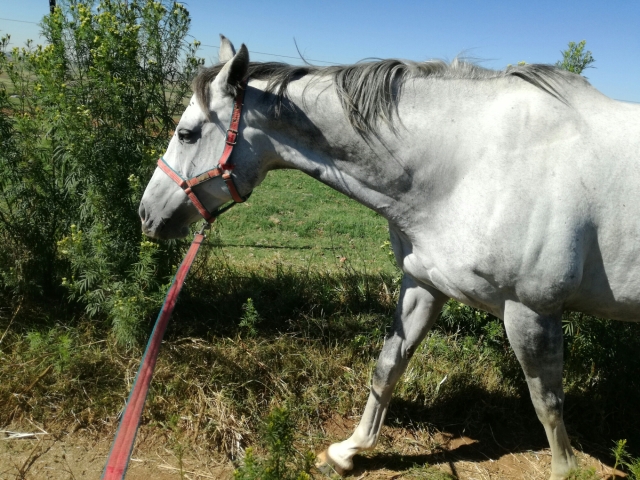 In an attempt to get Magic to hack out, we’ve started going walkies. He is currently the showjumper who won’t go to shows turned happy hack that doesn’t go on hacks, but maybe with enough walks he’ll eventually be good to hack. Or maybe not. I don’t know, but we both enjoy hanging out and walking around eating grass (him, not me), so it’s cool either way.

Lady Erin is learning to walk on a lead like a big horsie. Today was our first session without any tantrums, and we’ve made good progress. Although it did take me five minutes of shouting and shoving to convince the creature to get up from her nap so that we could get started. (It’s fairly bombproof).

Here’s a flowerpot full of kittens, because why not?

We also set up a very challenging, but equally fun, gymnastic exercise for the week. Four one-strides in a row, it’s all about tightening knees and quickening reflexes. Here’s video of Vastrap and his kid popping through in fine style.

In other news, we’re preparing for Nooitie Nationals next weekend. Everyone is pretty ready, it’s just that Arwie has a bit of a cold. Nothing serious, so we’ll just wait and see.

It’s a beautiful thing to be right where God put you. Glory to the King.