This week has been a little wild. I’ll recap in pictures, because forming a coherent post is a little much to ask right now. (Writers all say that writing something badly is better than writing nothing at all, right?)

We are currently without a head groom; it’s junior groom T and I for it, with Mom helping us out with the cow guys, which has saved our bacon. 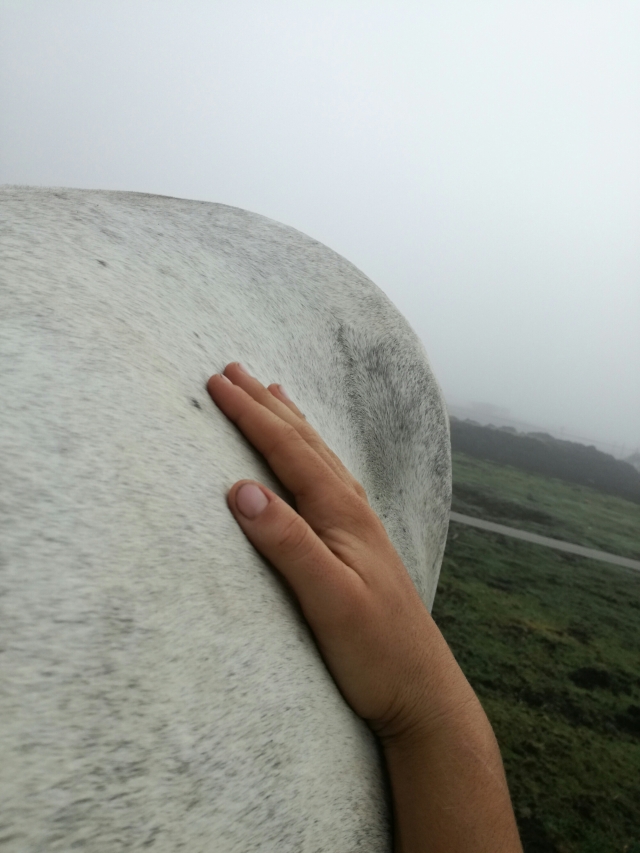 I love the show horses, but it was sooooo good to be home and leaning against Mr. Failed Showjumper again. This horse. ❤ Thanks Lord.

Eagle came into work for the first time. He is as expected; sensitive, but willing. A joy if you’re tactful; a danger if you’re not. He’s cottoned on to the basic voice commands but still kind of anxious about staying in walk.

Magic began his return to work with a lunging session, which was a good thing because he spent it leaping about spooking at stuff that’s been there for ever. Seriously, bro? 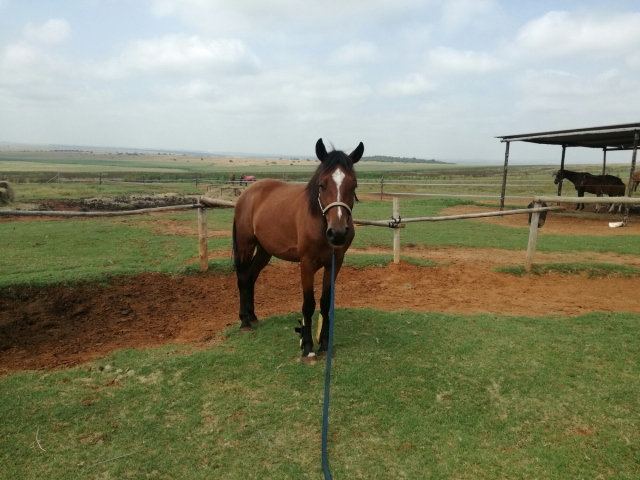 Trooper also started work this week and is also as expected – dead lazy. The thing about horses that are unresponsive to spooky things is that they’re generally unresponsive to aids, too. I’m going to tweak his diet and see if I can fizz him up a bit. Otherwise he is adorable and follows the kids around everywhere. 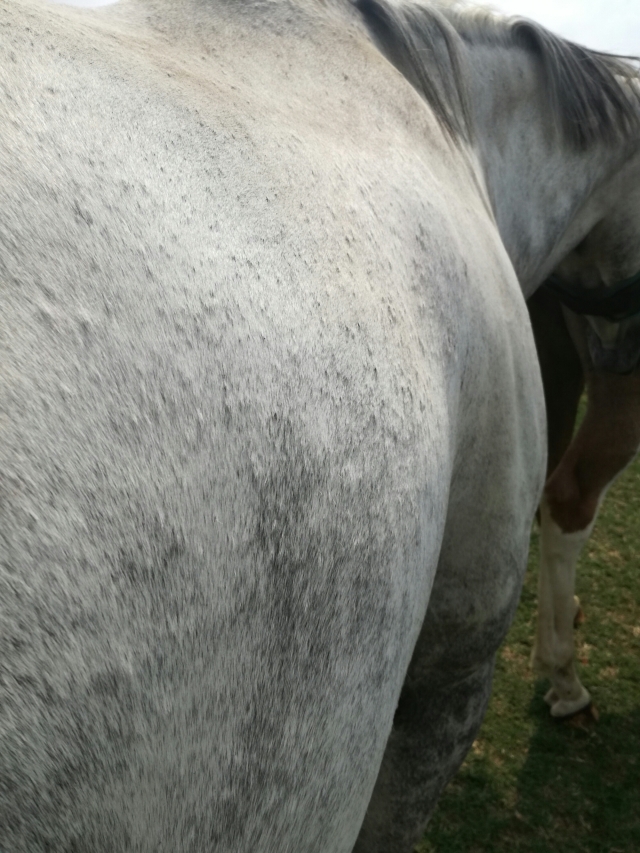 Magic developed an allergic reaction to not getting enough attention last week. I gave him cortisone which did not help at all. It’s bugging me more than it’s bugging him, and is gradually going away, so I’m not panicking. Yet.

Exavior has been a total sweetie to work with and lunge. I finally enjoy hanging out with the dude again, mostly because I don’t have to deal with his bad side. The poor Mutterer does, however, and on Tuesday the dude reared so high that even the Mutterer looked momentarily concerned.

On the plus side, those sabino splashies on his tummy are still too cute for words.

Sunè did lots of hacking, even past the woods, which are usually quite scary. She’s been a superstar. Coolest little horse, this. She’s going to be real dependable. 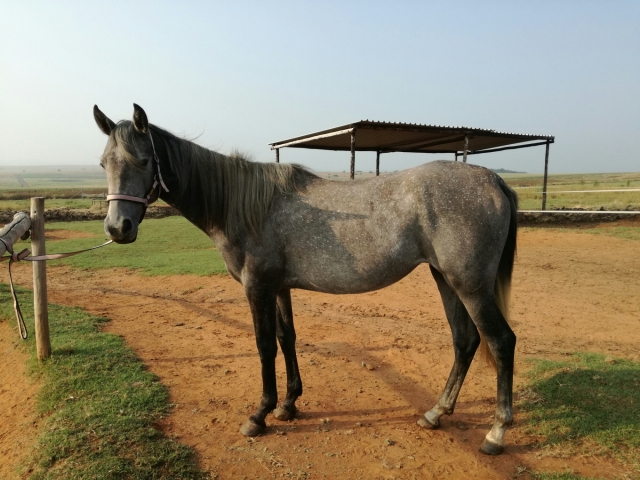 Faith is now super easy to lead, tie up, and groom, including picking out the feet. She still has her fairylike, gossamer prettiness, but I do wish some of the expensive food I shove into her would start to go sideways instead of just up and along. 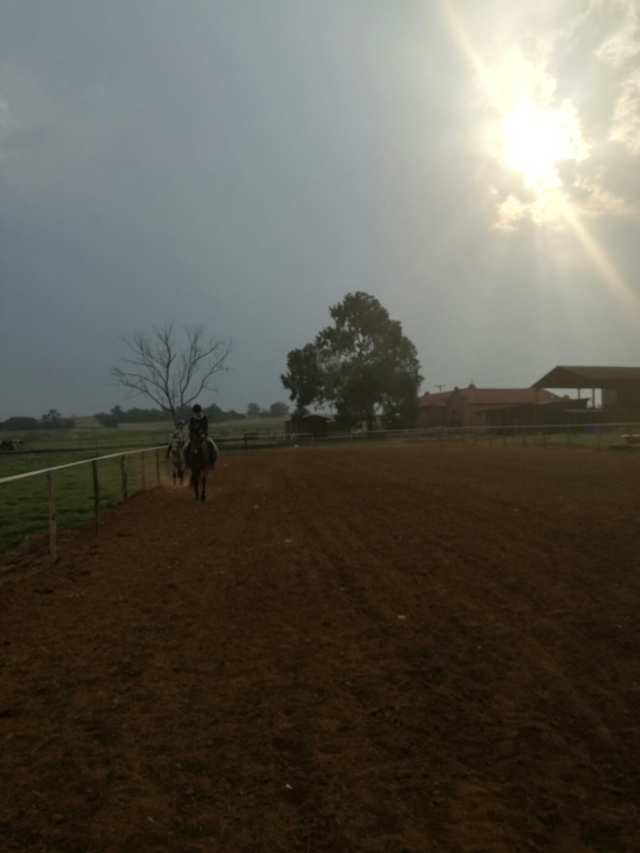 The dressage arena is rideable at last!! I’m so, so happy. Thanks Lord! It is an inexpressible pleasure to have that beautiful, flat surface free of obstacles and distractions to school on. There’s even a fence. No more baby horses running to Timbuktu when spooked! I spent yesterday morning riding the schoolies in it, so hopefully today I can teach most of my lessons up here too. Its proximity to the tack room and loo is also a definite advantage.

For the first time in her life, the champ herself is being stabled long-term. I’m trying to keep the coat short for Nationals (Arwen + body clip = disaster – she can’t have her legs done without sedation, and last time we gave her enough to geld a Clydesdale colt and she still went across the stable on her hindlegs with the Murderer hanging from her head). I also think, given how many overnight shows she has to do lately, that having a routine of sleeping in at night will make her happier at shows. Plus then I can limit her hay intake a little without separating her from her buddies. Maybe then we can finally shake some of the chubbles… or she’ll just eat some dirt and get even chubbier.

It’s good to be back. Onwards and upwards. Glory to the King.

3 thoughts on “Back Home”