To the great disappointment of kids and grownups alike, the SANESA qualifier was postponed due to the arenas being too wet (no comment…). God has a plan with that, but that’s why my updates are everyday today.

Friday was a mad rush to get everything exercised and packed, but it did mean some fun hacking. Sunè impressed me by leading a hack with a kid in a super composed and happy manner,

and Arwen and working student K babysat Lancelot so well that he had a much better hack this time and didn’t spook at all, though he was obviously tense at first.

Speaking of K, she did the honours of being the first person who isn’t me to ride Tara. Tara performed admirably, giving K three steady gaits in the big arena without a drop of trouble.

There was much fooling around in lessons, and Thunder got back into the program with beginners and did great. We don’t have as many adults without their own horsies now, so he’s been a bit underworked.

Today started off on a cool note when I went to pick up head groom T and almost ran over an eland. For those who aren’t familiar with eland, they’re basically giant majestic jump goats. For real – the biggest antelope on the planet, they can clear 2.00m, and have a bascule that no giant goat should be able to have.

Today was Exavior’s lunging day. Teeth being done, he’s back in the bridle and doing fine. The Mutterer rode him twice last week and he did rear and go nuts at first, but improved considerably in the end.

Lancelot was jumping today; just a single 60cm vertical from a canter, over and over and over again. The poor chap just keeps coming in at a dodgy distance. He does understand that his job to arrive at the fence, go over the fence, and then continue without changing speed, which is good. It just isn’t always graceful (and the pole doesn’t always stay up).

A storm rolled in around lunchtime, which cut short my Magic time (awww) and watered the earth and gave us a much-needed respite from the heat (yaaay). 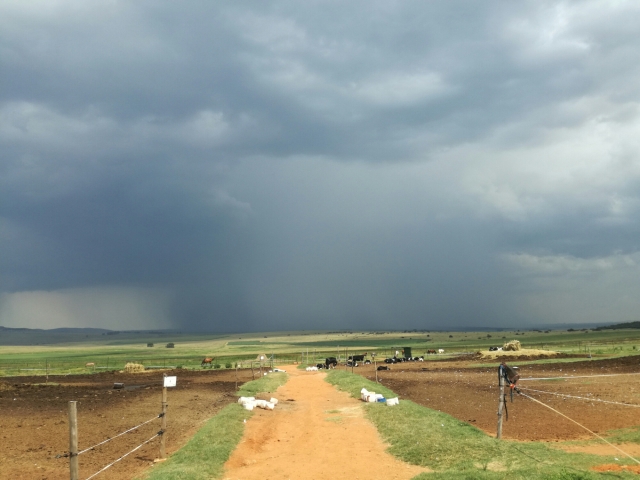 It cleared in time for me to ride Liana. Ana has been rather cheeky to her kid lately. Nothing nasty, but running out at fences often. She needs a few weeks under me and then she should be shipshape again. Kid ponies very quickly realise that being nice to their kid means that mean old me doesn’t get on them and make them do hard things.

I super enjoyed riding her again. I haven’t sat on her since July and I’d forgotten how much fun she is.

Even in tough and tiring times, there’s so much love at God’s own stableyard. Glory to the King. 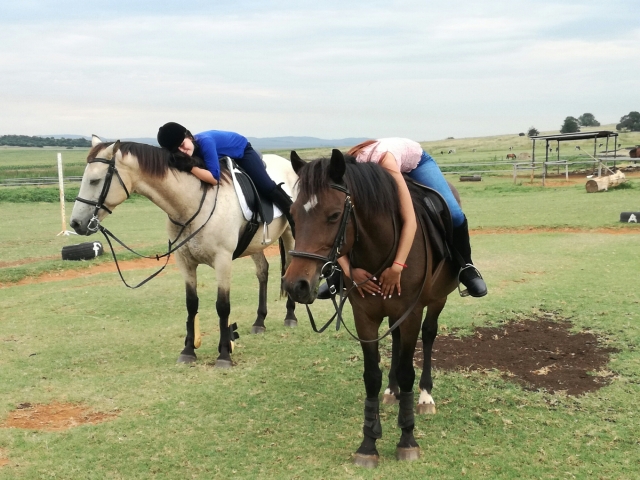