Bear with me, y’all. As you might have noticed, I have resolved to blog more in this year, but there is much catching up and introductions to do before I can actually settle down and start telling you stuff that’s happening. This should be the last one.

First and most exciting (sorry D and S) is the first little foal that’s been born under the Morning Star Stables prefix. She arrived in October at the extremely civilised hour of 4:30pm, after Milady and I had thrown a pyjama party the night before (thank you Milady for only making me do this once). 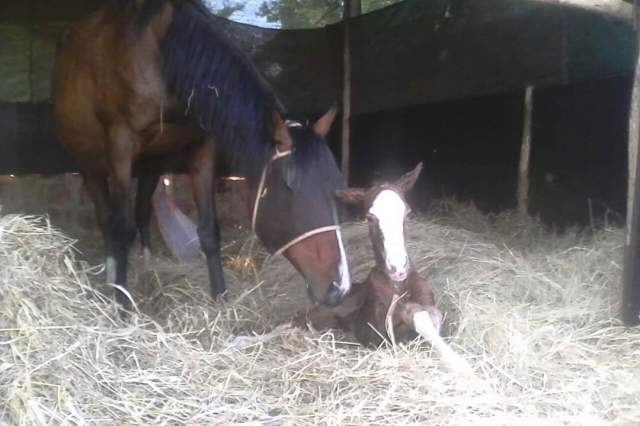 The foaling was textbook and Milady was a pro throughout it all. The filly was rather in a hurry and was on her feet and suckling within an hour, little overachiever. We named her Lady Erin. She is by Exavior and is our first and last warmblood foal; it is strictly ponies from hereon out. But as warmblood foals go she is enormous, feisty, and very cooperative. 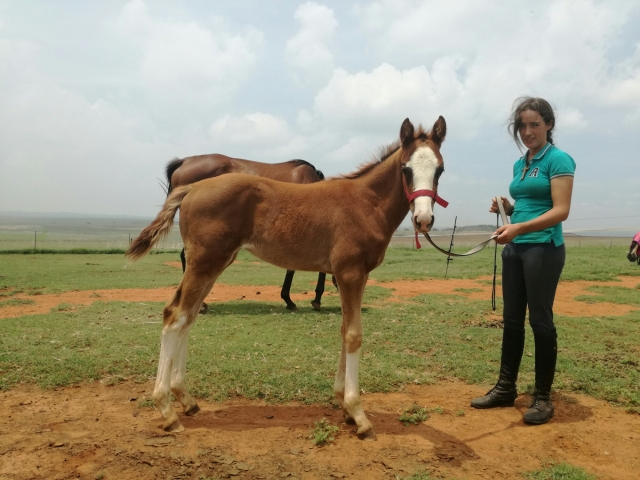 Lady E has been fooled around with somewhat and will stand for the daily chores and wear a halter, but still needs a bum rope to be led around. For a two-month-old foal this is quite good enough: we’ll finish the last bits of halter training just before she’s weaned. For now she suckers the riding school kids into giving her cookies just so she can chew them up and spit them out on somebody’s shoes.

Destiny has been a resident since mid-October, but only came into training in December because I was totally full. He is a super duper cute little homebred dude with a rather large ego.

D is here to be started, but we’re currently rather stuck on the subject of lungeing; on the left rein he’s lovely, on the right rein he has a whole plethora of tricks to pull out including rearing and smashing the fence. We have seen a vast improvement, though, so I’m sure he’ll get it figured out quite soon.

Sunè is here in Quinni’s place from Arop. She looks like the polar opposite of Quinni, but of course has a similar lovely nature. I’ve only had two sessions on her but our head groom T started her when they were both at the previous stableyard, and she’s pretty ridden in. Just needs some refining and then we’re set (which is a mercy because it’s meant to go to Horse of the Year in February).

In other news, I have my results for my stableyard manager qualification and I am now a real proper manager with papers. I don’t quite know how He did it but God somehow managed to help me with the studying (I had like two weeks after the outbreak during a very rough time) so much that my overall mark is 93%. I passed all of them with streets to spare except conformation, which I just barely scraped through, but I’m chalking it down to nerves because normally I’m quite good. So that’s a really epic note to end 2016 on.