Oh, Nell. It’s just kind of unfair to have a horse like Nell in your life. 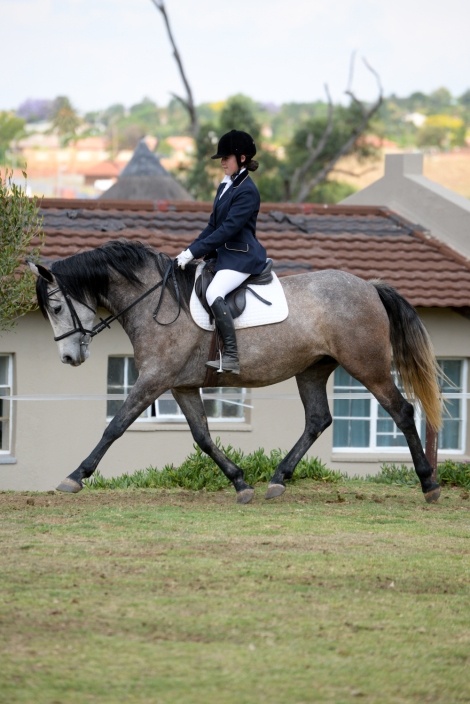 You sit down to look at her goals and sort of go, “Well…” because this horse is schooling and showing higher level Novice, and she just turned five. For the record, in our country, that’s kind of on track for a top level prospect. It’s the level required of five-year-olds in our young horse performance series… so I entered it.

Honestly when I got the schedule I kind of regretted the idea (apparently big names also like young horse series, like WEG kind of big names) but hey, the mare can do the test – has done the test at shows multiple times – so why not? She will be one little grey Nooitie in a whole class of Friesians and Warmbloods, she’ll at least draw some attention to the breed.

Nell’s goals are also a little wobbly because she’s not mine. Her owner has every right to decide at the end of the year that she has done quite well enough, and then take her back and breed glorious little dressage Nooities. Still, if it’s his will (and God’s will) the judges who’ve seen the horse believe she could go to a pretty high level, so we’re going to work towards that. It might not happen… but if it does, we’ll be ready to go and do it.

Most of Nellie’s goals this year are going to be about reinforcing, polishing, and improving on training she already has. I’m taking off the pressure in terms of learning the higher level movements quickly, unless she gets bored or offers them; she’s learning very fast, and the last thing we want to do is cook this promising brain and body. If we’re careful about how we lay this foundation, it’ll stand us in good stead through the levels.