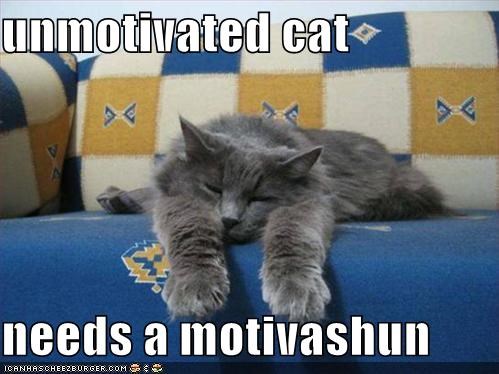 Yeah. I’m even too lazy to spell properly.

I’m not sure what’s up with me lately, but there is a definite lack of get-up-and-go right now. Poor old Thunder and Skye have only been ridden once this week, and Magic twice;  Thunder however got his vengeance by chewing up my exercise bandages (he is so impossible when he wants attention). He is now busy terrorising his ancient, crochety friend, Benjamin the donkey, into playing with him. Skye just makes evil faces at me and Magic is being daft; August winds don’t help him with that. He saw a feed bag blowing in the wind and tried to leap into my arms like a frightened girl. Let’s just say it didn’t end well.

Probably, I’m just still getting over the flu, because my body isn’t cooperating the way it usually does, but I’ll be all better by next week. (If not, I’ll fake it till I feel it 😉 ).

Arwen at least is being kept in proper work, because we have a (very very exciting! squeee!!) saddle fitting on Sunday. We’ll be heading off to the yard where the Ruach horses are stabled, because the fitter has another client there, but that shouldn’t be a problem at all for Arwie. I’m much too excited to have my first real fitting done and to buy a new saddle. My bank account is less excited about that, but while the Solo Classic has given me many, many hours of very faithful service, it is time for a new one. Arwen has changed shape and the Solo is getting perilously close to pressing on her withers. I’ve also worn out the seat pretty bad, and it’s hard to sit deep when your seatbones are being crushed to death. It will be kept as a spare/training saddle because I wore the dye out of the seat as well so I won’t get anything for it anyway.

It’ll be really nice to have a saddle that stays in the same spot on your horse’s back as opposed to creeping forward constantly – I bet Arwen will also be thrilled to be able to lift her shoulders properly, too.

She gave me nice work this week; on Tuesday we jumped 1.00m without any issues at all, which gives me hope for making her a 90cm eventer one day, and on Wednesday we had a lesson where we practiced our speed for the jump-off. This involved sprinting over small jumps, which was really hairy and really enjoyable. Arwen was fantastic, no bucks, although she did have a few barrel racing flashbacks and nearly spun out from under me on a corner or two.

Magic also had a lesson and impressed me by being extremely calm over some quite scary jumps (filler-wise, not height-wise). His jumping is really good right now, although we jump mostly from a trot. My next mission is to set up a little course -70cm or so – and jump around it at a canter. Once he’s doing that well, I’ll make a few scary jumps with filler in them and bright colours, maybe a couple more gymnastic lines, and then he should be ready for his first little show in summer.

He needs some variety, though. I think he’s getting bored from his monotonous routine of jumping, lunging, schooling, over and over. He can be such an idiot on outrides but I guess it’s time to bite the bullet and just do it, especially if we’re ever going to be eventers.

Other achievements for this week? Well, I taught one of my heifers to eat carrots. Merida might be a high-quality heifer and bred in the purple, but mostly she acts like a happy pet.